$6.6M worth of renovations put in for theater

Rivers Casino, based in Des Plaines, provided $2.2 million of funding, while the city covered the rest, according to the Chicago Tribune. Theater operator Ron Oneseti will lease the building, which survived a bomb in the 1930s and a fire in the 1980s, and run it as a venue for live entertainment and dining.

“It ended up being more of a renovation project than we thought,” Des Plaines City Manager Michael Bartholomew told the Tribune. “The building is 100 years old and it looks like it was never maintained over those 100 years.”

Developers preserved original elements such as tile in the lobby and an art deco-style stage front and a marquee was rebuilt to look almost identical to the original.

The theater that can seat close to 1,000 people will host acts including local performers and tribute bands. The second floor will house a speakeasy-style bar and a pizza restaurant with a rock `n’ roll theme.

Des Plaines hopes the theater will prompt more businesses to open up in the area. “It’s really about economic development,” said Michael Bartholomew, the city manager. 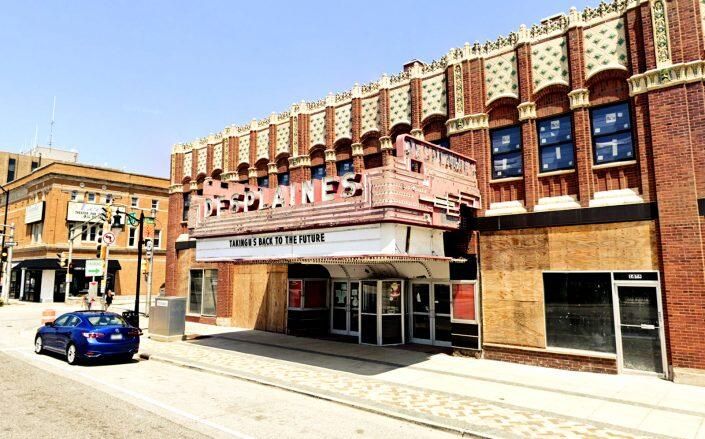