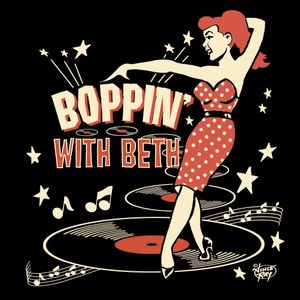 New Jersey rock band The Smithereens are this week's "focus beam" band on Boppin' With Beth! We hear all about their story including tunes from those that influenced them (and some they influenced) like Buddy Holly, The Grip Weeds, The Kinks, The Who, Gin Blossoms, Frankie Valli & The Four Seasons, The Everly Brothers, The Beatles, Elvis Costello & The Attractions, Nirvana, The Beach Boys and The Rolling Stones! Of course, there's also a couple of choice rockers from their killer catalog and Jammin' James Riley has a Curtis Gordon track in Rockabilly Rewind!